Finally! Another update after a long period of dormancy! Not that I totally neglected aquaponics, I just don't have anything fun or nice to show off. Unlike other people's system, mine isn't that successful. No lush jungle growth or monster fish. I've yet to enjoy my first fully aquaponics meal like the one shown in Murray Hallam's video.

Anyway here's an update of my system. I'll start with some old pictures, followed by bad news and then finally the good news!

Here are some NICE old pictures taken over the last 3 months:

During that time, my chilli plant went berserk and produced around 15 fruits. Juicy chillies! They were hot as well.


Okay, back to present time. Now the bad news...
The plants have been showing signs of nutrient deficiency. It looks like a lack of potassium or magnesium... or maybe both. I don't really know. Also, I removed all except one Bak Choy plant because they weren't growing so well. Most were stunted with brown edges. I threw most of them in to the tilapia tank.

The remedy the problem, I've been adding potassium in to the system in the form of cream of tartar. I couldn't find any other forms of potassium. Previously, I used to bury banana flesh in the growbeds. 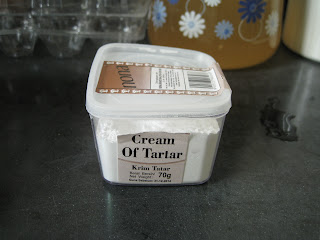 For magnesium, I used dolomite lime. It contains calcium and magnesium, but I read from somewhere that I shouldn't use too much of this stuff. 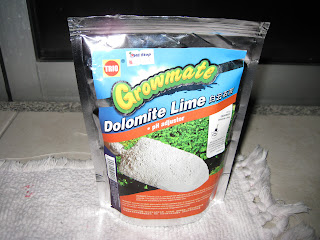 Finally, the good news...! :D
The good news we've all been waiting for!


My tomatoes didn't bear any fruits at first. Just flowers, no fruits. That was until I started adding cream of tartar in to my system. I wasn't sure how much cream of tartar I'm supposed to put in to my system, so I just added 1 teaspoon every week. I've already stopped adding them and will only continue once my plants show signs of potassium deficiency again.

Fish water is getting clearer recently. I'm not entirely sure why, but I think it's due to the tomato plants working hard to suck out nitrates from the system which then improves the efficiency of the nitrifying bacteria. Or maybe it's due to the massive tomato root system which helps to capture suspended solids in the water. 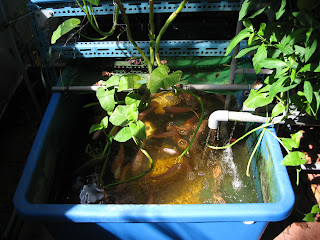 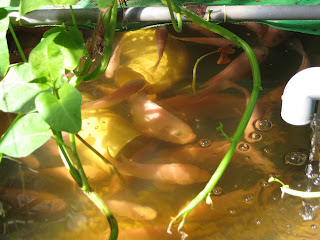 It's been a year since I bought my tilapia and they haven't reached plate size yet. They don't eat much; only a handful of pellets everyday. They also don't grow at the same speeds. Some are like 9 inches long while some remained at only 3 inches. I'm not very experienced with fish keeping, but I think water quality effects their growth. It's like the fish instinctively go on a diet to reduce poop saturation levels. Oh well, not that I'm in a hurry.

Thanks for reading!
Posted by William Aska Lim at 1:34 am 4 comments:

Last week, during Chinese New Year, I had to visit my hometown in Malacca for 5 days. Feeling worried that my fish will starve (perhaps even die) during the holidays, I quickly made a simple on-demand fish feeder out of materials available in my house before I begin my trip. The design is based on several DIY videos I found on youtube and some aquaculture PDF files that can be googled.

Though my design was based on the commonly used pendulum demand fish feeder, the food release mechanism works differently. The usual design requires the pendulum rod to be extended below the surface of the water so that the fish can activate the food release mechanism by bumping the rod. The problem is that my rod is made from iron and is slightly galvanized. Since I can't have the rod touching the water, I tied a string to the end of the rod and attached a ball of cotton rope at the bottom end of the string which floats on the surface acting as bait. When a fish bites and pulls the bait, the whole feeder shakes, releasing some pellets in to the water. Once the feeder was set up, I left my house with my fingers crossed in hopes that my tilapia will soon learn how to use it.

When I returned home, 5 days later, I found the feeder empty. The fish seemed happy, but I wasn't sure if the fish had learned how to use it yet. I refilled the feeder and stood in front of the tank for 30 minutes to see how the fish "use" it. Most fish just nibble or "kiss" the bait but occasionally a clever fish (perhaps just hungry for a bite) will pull and jerk it hard enough to release enough pellets to feed several fish. The feeder works!

The way my feeder works is by taking advantage of tilapia's feeding behavior. When they feel hungry, they will start nibbling on anything they can find. The ball of white cotton rope with its hairy cotton strands looks attractive (at least to me) to them. Pulling the bait hard will shake the feeder which releases pellets in to the water where the fish can snack on. When the tilapias are full, they are less likely to nibble the bait. This way, feeding times will be much more regular which I hope will increase their growth rate and also provide less stress to the filtration system. 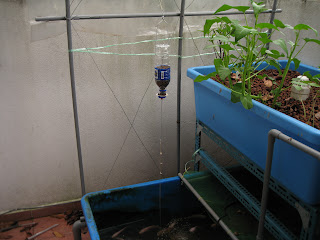 As usual, I will also include several photos of the plants... 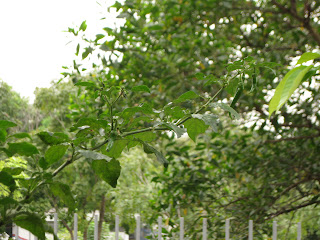 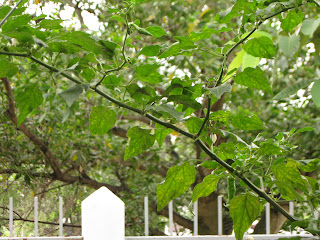 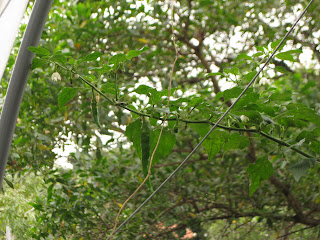 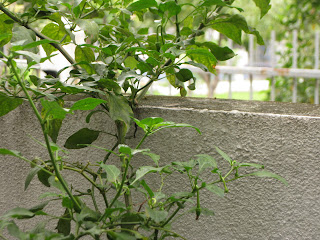 Recently, a creature had been stealing my tilapia food. It made a big hole through the cover to gain access. I wasn't sure what it was but all i know is it has strong teeth. I suspect it must be the same squirrel as before.

So, I planned to give it a surprise by cleverly modifying the food container into a trap. I removed all the fish food, and filled the container half way with water. I then soak several plastic bags and a big piece of saran wrap inside the water to give the creature something buoyant to stand on but not rigid enough to allow it to jump out. Once the trap is set, I left it alone for a day.

This morning, to my surprise, the victim was a rat. I was expecting a squirrel. There, it couldn't jump out.

I released it and hoped that it learns not to come here again. There was a lot of rat poop in the water and it smells like rat. Need to wash the container... ( =_=) viruses... and bacteria...

And now, about the plants. The plants...
I found something interesting about kangkong plant. It is very tough. It doesn't give up easily. Last week, when I was clearing the left growbed, I removed all but the top most kangkong vines that were creeping on the PVC shade. The vines, without its roots, soon dries out. But to my surprise, it bloom new flowers!

My tomato and pak choy seedlings are doing well under the new morning brightness. The pruned kang kong is regrowing its shoots very fast. As for the chilli plant, it is going crazy growing new shoots since getting exposed to direct sunlight.

Had been months since my last update. I didn't feel like updating my blog for so long because many of my plants were dying due to the lack of direct sunlight at the back of my house. My plants became sick and weak, and turned into easy targets for various bugs and fungi. The lack of plant growth leads to the accumulation of nitrates. To counter that, I reduced feeding rates of the fish to the point of stunting their growth. All these failures had drained my aquaponics motivation level so much that I had neglected my maintenance duties other than feeding the fish.

But then, good news came! Last week, after months of lodging complaints and sending letter to my residential management office, they finally decided to prune that big tree behind my house. Finally, my grow bed gets to be bathed by direct sunlight! The back looks brighter now; I was joyful and I smiled...

Here are some pics:


With my spirits lifted, I proceeded to clear the right grow bed for new tenants. Here's a good chance to show you some of the red wrigglers that has been living in the beds for some time.


I then bought a new batch of seeds. They are: Kai Lan, Aster Pink, Red Okra, Pak Choy, Coriander, and Tomato. 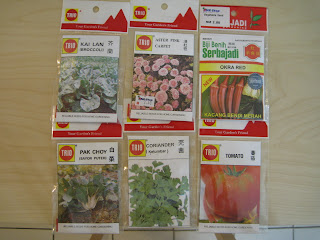